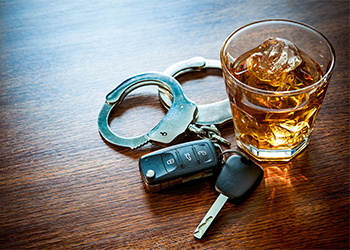 In the Commonwealth of Massachusetts, operating a motor vehicle (OUI) on a public road while under the influence of alcohol or drugs is prohibited. On suspicion of drunk driving, a law enforcement officer can pull you over and request that you submit to a field sobriety test or chemical test.

In most cases, many individuals are ignorant about their rights on DUI tests when stopped by a police officer. Due to this, drivers often become convicted or end up in the worst possible situation. A skilled Massachusetts criminal defense attorney can educate you about your rights and responsibilities with DUI tests when arrested, stopped, or pulled over by a law enforcement officer.

At the Law Office of Joseph M Pacella, I am dedicated to providing experienced legal guidance and reliable representation to clients in their OUI cases. As your legal counsel, I can enlighten you about your rights and responsibilities regarding DUI tests – field sobriety, breath, and blood tests – in Massachusetts and what to do when stopped or arrested.

Even if you've been arrested and charged with drunk driving, I will seek to defend your legal rights, help protect your driving privileges, and attempt to keep your record as clean as possible. My firm – the Law Office of Joseph M Pacella – proudly serves clients in Springfield and throughout Western and Central Massachusetts, including Northampton, Westfield, Amherst, and Palmer.

Implied consent is among the conditions to obtain a driver's license in the Commonwealth of Massachusetts. Under the state's Implied Consent Law, any individual who operates a motor vehicle in Massachusetts – or properly arrested for an OUI – is presumed to have consented to a blood or breathalyzer test. If you refuse to take the test, your license will be suspended automatically.

A blood alcohol test is done to measure your blood alcohol concentration (BAC) – the amount of alcohol in your blood or body. If you have a BAC of 0.08 or higher, you can be charged with an OUI in Massachusetts. Under state law, blood alcohol tests are mandatory, and you must complete the test when requested by the arresting officer. There are administrative punishments for refusal.

The One-Leg Stand Test: Here, the police officer will ask the alleged impaired driver to stand on one foot at about six inches above the ground and count aloud for nearly 30 seconds.

Generally, sobriety tests are not required and sometimes don't accurately reflect whether or not someone is sober. A skilled lawyer can help you understand the consequences of DUI tests refusal in Massachusetts.

Below are some of the consequences of refusing to take a blood alcohol test or field sobriety test:

Blood Alcohol Test: A motorist who has been properly arrested for an OUI offense but refuses to take a breathalyzer or blood alcohol test violates that state's implied consent law. Potential consequences include:

Field Sobriety Test: Conversely, field sobriety tests are voluntary in the Commonwealth of Massachusetts. You are within your legal rights to refuse to take a field sobriety test. There are no punishments or consequences for refusal.

However, if you're convicted of OUI/DUI, you are facing additional penalties and other devastating, immediate, and long-lasting consequences. Therefore, you need to act quickly and hire a knowledgeable lawyer to outline an effective defense strategy for your case and help fight your drunk driving charges.

Facing drunk driving charges in Massachusetts can be difficult and terrifying. Regardless of your unique circumstances, understanding your rights with DUI tests, as well as the implications of refusing a chemical test, can help you make intelligent decisions. Therefore, when facing OUI/DUI allegations, you must hire a highly-skilled criminal defense attorney to protect your driving privileges and help determine your best defenses.

For more than 20 years, I have been providing outstanding legal services and defending the rights of individuals wrongfully accused of impaired driving. I will investigate the various tests performed and identify possible issues. Using my extensive experience, I will help you navigate the Massachusetts criminal justice system and attempt to dispute the charges against you with factual evidence.

Call my firm – the Law Office of Joseph M Pacella – today to schedule a simple case assessment with a knowledgeable DUI defense attorney. My firm is proud to represent clients in Springfield, throughout Western and Central Massachusetts, including Northampton, Westfield, Amherst, and Palmer.