How a Domestic Violence Charge Can Affect Your Life 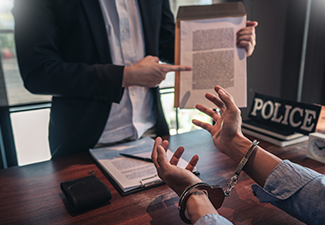 Domestic violence is one charge in our criminal justice system that begins to punish the accused before they are even allowed their day in court. There is an assumption of guilt as soon as the allegations are made.

Although I understand, from my years as a prosecuting attorney, the need to protect someone who may be vulnerable, I am a fierce advocate as a criminal defense attorney for my clients accused of this crime. The long-term consequences of a domestic violence charge are too dire for me to not fight for the accused.

My law practice, the Law Office of Joseph M Pacella, has a singular focus on criminal defense. I give every client full advantage of my experience as a prosecuting attorney and from my years defending those accused of crimes in Springfield, Massachusetts, and throughout communities in the central and western portions of the state, including Northampton, Westfield, Amherst, and Palmer.

What Is Domestic Violence in Massachusetts?

Domestic violence is the threat or execution of physical or emotional violence against someone with whom you share or used to share a close or domestic relationship. It can be a spouse, partner, co-parent with whom you share a child, girlfriend or boyfriend, fiancé, intimate partner, blood relative, or someone in your household.

What Possible Consequences Do I Face if Charged?

All it takes is an allegation of domestic violence to be punished by up to six hours in jail and the court’s issuance of a restraining or “protective” order against you. One will be issued immediately which means you may have to move out of your home, be unable to have any communication or physical proximity to your accuser, and face restricted or supervised visitation with your children.

Violating a protective order is punishable by time in jail and a hefty fine. If you are convicted of an accompanying crime while violating the order, such as stalking or assault, the penalties are enhanced.

Your employer may fire you immediately, not allowing you to prove your innocence of the charge. Even if you aren’t fired right away, you likely will be, if you are convicted. Moreover, a domestic violence conviction on your criminal record forever marks you as a violent person, barring you from future employment as well.

Domestic violence convictions are also punishable by jail time and fines which increase if you are convicted more than once. You may spend two or so years in jail for a first offense but up to five years in prison for a second. There may also be the option for probation which can be ordered for up to five years and will be supervised.

The court will frequently require the completion of some sort of treatment program as a penalty. If alcohol or drugs were involved in the charge, you could face a substance abuse program. You could also be ordered to complete an anger management program.

If the charges have a sexual component, you may be required to register as a sex offender. If you are a gun owner, you will likely be ordered to surrender your right to own them. If you aren’t a U.S. citizen, you may be deported.

What Are Possible Defenses?

The defenses you and your criminal defense attorney may raise will depend on the circumstances of the allegations and charges. Some potential defenses include:

How an Experienced Attorney Can Help

The consequences of domestic violence allegations are immediate and severe. The long-term consequences are even worse. You need the best criminal defense attorney on your side to get the best results possible.

If you face charges of domestic violence in or around Springfield, Massachusetts, call the Law Office of Joseph M Pacella now to talk about your case. Your life may depend on this call.