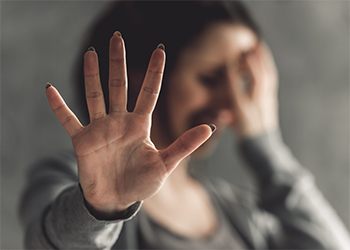 Affirmative consent for sexual activity is one of the most misunderstood aspects of criminal law. Consent is the key issue in criminal cases involving sexual assault allegations. Consent is defined as an affirmative agreement between two or more persons to engage in sexual activity. If there is no affirmative consent, a person who failed to obtain the other person’s consent may be charged with sexual assault.

Sexual assault is a serious offense that can entail years behind bars, hefty fines, and a requirement to register as a sex offender in Massachusetts. If you or someone you care about is facing sexual assault charges, reach out to a knowledgeable attorney to determine if you can use “affirmative consent” or any other defense strategies to seek a dismissal of your charges.

As a caring and aggressive criminal defense attorney in Springfield, I assist clients facing sex crime charges throughout Central and Western Massachusetts, including Northampton, Westfield, Amherst, Palmer, and the rest of the state.

What Constitutes Affirmative
Consent in Massachusetts?

In Massachusetts, consent is defined as an exchange of affirmative words or non-verbal cues between two or more parties to indicate their willingness to engage in agreed-upon sexual activity. Consent to engage in sexual activity must be informed and given freely by a person who reached the age of consent.

Non-Verbal Consent and Withdrawal of Consent

Contrary to popular belief, previous or current sexual relationships or experiences may not imply consent. This means that the initiator of sexual activity must still obtain affirmative consent in order to ensure that the activity is consensual and will not lead to accusations of sexual assault.

In addition, it is critical to understand that consent can be withdrawn at any time. However, the withdrawal of consent must be clearly communicated to make sure that another person knows that he or she must stop the sexual activity immediately.

If you are already facing charges for sexual assault due to the alleged lack of affirmative consent, contact an experienced criminal defense lawyer to help you understand your defense options. It is best to identify a defense strategy early in the process, and “affirmative consent” may be one of the defenses available to you.

How the Law Office of Joseph M Pacella Can Help

If you are unsure what constitutes affirmative consent for sexual activity or facing charges for sexual assault, it is critical to speak with a skilled defense attorney. Do not give any statements to law enforcement before you get a chance to discuss your case with a lawyer. At the Law Office of Joseph M Pacella, I am prepared to fight on behalf of people facing sexual assault charges in Springfield and the rest of Massachusetts. Call Attorney Pacella to discuss your unique case.