Can I Be Arrested for Drugs That Aren’t Mine? 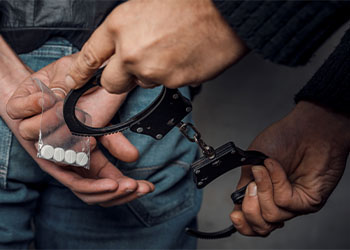 There is no greater injustice than being arrested for something you did not do. That is why you may feel shocked and devastated when you get arrested for possession of illegal drugs that weren’t yours.

As a criminal defense attorney at Law Office of Joseph M Pacella, I will fight for your rights and help you pursue the best possible outcome in your case. From my office in Springfield, Massachusetts, I represent clients facing drug possession and other charges throughout Central and Western Massachusetts.

What Does ‘Constructive Possession’ Mean?

When it comes to understanding why people can be arrested for drugs that weren’t theirs, you need to understand the legal theory called “constructive possession” and how it applies to drug cases.

Regardless of whether you are facing drug possession charges based on actual or constructive possession, talk to a criminal defense attorney as soon as you can. As a skilled drug crimes attorney at Law Office of Joseph M Pacella, I can help you build a strong defense strategy and do whatever it takes to prove that the drugs weren’t yours.

Proving Your Innocence When the Drugs Aren’t Yours

When facing charges for drug possession, it may be a natural reaction to attempt to assert your innocence to law enforcement. However, if the arresting police officer had a dollar for every time they heard the phrase, “The drugs weren’t mine,” they would be a millionaire.

The ‘Know or Should Have Known’ Standard

As you know by now, you can be arrested for drugs that were not found on your person under the theory of constructive possession. However, there are specific elements that the prosecution must establish to prove your guilt beyond a reasonable doubt:

If you were arrested for drugs that weren’t yours, your attorney could help prove your innocence to avoid a drug possession conviction by highlighting the weaknesses and holes in the prosecution’s case.

The existence of any of these incriminating circumstances does not automatically prove your guilt. However, they could make it more difficult to assert your innocence and prove that the drugs did not belong to you.

The Reliable Representation You Need

If you were arrested for drugs that weren’t yours, I understand what you are going through. If you are facing criminal charges for possession of drugs that didn’t belong to you, contact an attorney before you say anything to the police. At Law Office of Joseph M Pacella, I am prepared to investigate your case and develop an effective defense for you. Contact my office in Springfield, Massachusetts, to discuss your case.